From Phones to Drones…and Beyond. Managing Different Types of Machines with SOTI MobiControl and Linux

At the turn of the century, SOTI MobiControl (and its predecessor, SOTI Pocket Controller) provided Enterprise Mobility Management (EMM) for the mobile devices of the day: BlackBerrys, Windows PDAs and Palm Pilots.

Today, as part of the SOTI ONE Platform, SOTI MobiControl secures and manages smartphones, tablets, rugged devices, Internet of Things (IoT) endpoints and even technology like Google Glass in field services, healthcare and retail. With the advent of SOTI Aerospace, SOTI MobiControl will soon be managing and monitoring drone technology.

What’s next on the horizon for SOTI MobiControl? At a very high level, if a device has a rich operating system (OS), it can be managed by SOTI MobiControl. And there’s no OS that’s found in more disparate devices than Linux.

Linux’s versatility is a result of its open source nature. In fact, 80% of IoT devices run on Linux. It’s free and anyone can modify Linux’s code to suit their needs.

Comparatively speaking, only a fraction of computers use Linux when compared to other operating systems, such as Android, Apple and Windows. But Linux can be found in a slew of devices including:

Linux can also be found on Mars, as the Ingenuity helicopter drone uses the Linux OS.

Even the drones of SOTI Aerospace, once they’re sky-bound, will be running a Robot Operating System (ROS) with Linux Ubuntu as its underlying system.

Speaking of which, enterprise drone technology is one of the fastest growing markets today. In 2020, 5 million drones were shipped for commercial or industrial applications. By 2030, that number will nearly double to 9.6 million enterprise drones.

Welcome to the Future: SOTI Aerospace

Continuing to talk about SOTI MobiControl and Linux, normally a Linux device sits inside the four walls with no Internet access. When the SOTI MobiControl Linux device agent is installed, it creates an outbound connection and provides an additional level of remote device management and makes it feel like the user is right at the device.

This is critical because in many instances, Linux devices are in hard-to-reach areas, such as warehouse drones high in the air or temperature sensors affixed to a ceiling. Without the agent, a physical USB connection is required to access or even upgrade the Linux-powered device.

With SOTI MobiControl, potentially anything running Linux (or flavors of Linux such as Red Hat or Ubuntu) can potentially be managed if the device manufacturer provides access. In theory:

Why Use SOTI MobiControl for Linux Management?

All the examples of Linux-powered devices listed in this blog have the same common requirements:

If you have Linux – or are planning to deploy Linux – in your organization, you need to manage those devices. The smart option to do that is with SOTI MobiControl.

You can also try SOTI MobiControl free for 30 days and see just how effective and easy it can be to manage your fleet of Linux-powered devices. 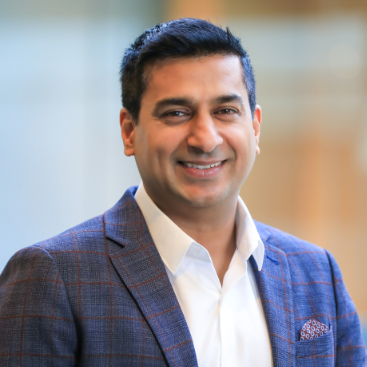