The Invasion of the Penguins

”Things” are taking over the internet, and quickly.

It took the Internet of People ten years before the number of connected devices were equal to the global population.  The Internet of Things (IoT) has grown much faster. Even the most conservative estimates project that there will be more than 20 billion connected “things” in use by 2020. That’s over 20 billion sensors, actuators, printers, scanners, wearables and robots, as well as many more ‘things’ that we don’t even know about yet. Most of these things will run Linux.

Linux is the preferred operating system (OS) for over 80% of intelligent IoT devices, and 67% of IoT gateways. Linux is not new; it has been around since the 90’s. But because it is open source, secure and for the most part free, it has always been a popular alternative to commercial operating systems. Linux has a strong, active development community. There are thousands of developers around the world working together to create one of the most secure, reliable, and worry-free operating systems available.

Linux is not just conquering the IoT. There is a potential opportunity in the rugged mobile device market. Microsoft recently announced it is moving away from Windows 10 Mobile, and their older Windows Embedded OSs are approaching end-of-life. Businesses that require a real-time operating system (RTOS) or a robust embedded OS for their rugged mobile devices may be forced to turn to Linux as neither Apple iOS or Google Android are suitable for constrained devices.

All these Linux-based endpoints and devices create new challenges for the enterprise. Partly due to the number of devices, but also their diversity. What they are capable of as well as where, when and how they are used. When you dig a little bit deeper, the enterprise challenges multiply. There are over 20 different IoT standards bodies and hundreds of proposed and finalized IoT standards to consider. This makes enterprise IoT deployment, interoperability and operation complex and costly.

Linux may be everywhere, but Linux mobility management has been largely ignored, and where it does exist, it has been partial and proprietary.

As companies embrace the IoT and deploy more and more endpoints and devices, many of these will run on Linux, and all of them require full lifecycle management and security. Unmanaged, unsecured endpoints are a risk to the company that deploys them and to the internet in general. They provide an easy attack vector for malware, ransomware and for hackers to access company data on their intranet. Unmanaged Linux endpoints are a primary target for cybercriminals for botnet recruitment and massive DDOS attacks.

Linux security and management is critical, but few companies will deploy Linux devices exclusively. Most will have large, multi-platform mobility and IoT deployments. And while the enterprise mobility management (EMM) market is mature and competitive, most EMM vendors have ignored Linux devices to date.

It delivers the first EMM solution to manage mixed mobility and IoT deployments. SOTI makes it easy to secure and manage Linux endpoints alongside all the other devices and operating systems used within your enterprise. As Linux invades the IoT and infiltrates the business critical mobility market, you can depend on SOTI for your first line of defense.

SOTI MobiControl was named Editors' Choice in PC Magazine's MDM product review. Over 17,000 companies globally choose us for their mobility and IoT business needs. Complete the form on the right and you too will be on your way to using the industry's best mobility management solution. 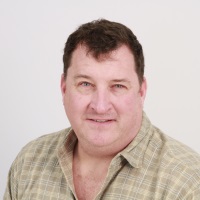